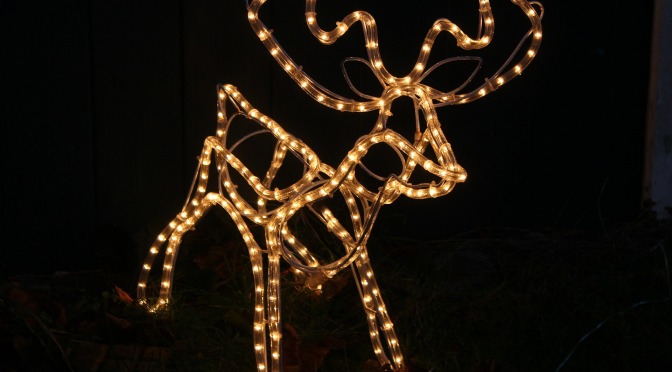 Foresight can be conducted as “light version” by applying the “fast foresight prototyping” approach. Fast prototyping is a tool frequently used in design, or as rapid prototyping of physical objects or in software engineering. Fast foresight prototyping is based in analogy on thinking that best ideas and insightful innovations may lurk just around the corner – you just have to start catching them and not go too deep in theoretical reflections. That approach is reserved for serious and systematic futures research projects and processes. The research staff of Helsinki Office of Finland Futures Research Centre (FFRC) recently gathered in its last monthly meeting around an improvised fast foresight prototyping exercise. The topic given was “Futures Calendar Window to Christmas 2056”. We made a mental time-travel in three small groups to probe possible images of future Christmas, jumping directly 40 years ahead, and not even looking back but just immersing in the imaginative scenes of the 2056. Futures window is a metaphor used as a method for visualising weak signals, originally developed by Elina Hiltunen. When exploring possible futures, identification of weak signals is fruitful. You both open your mind to future possibilities, sharpen your peripheral vision for detecting weak signals, and then start interpreting your findings. Of course, all this is very polemic and subjective and accordingly very easy to criticize since the weak signals yield different interpretations for different persons.

What glimpses to future social mood at Christmas in Finland did we then see? We didn’t open the futures window to identifying and showing weak signals specifically, but more generally futures images or scenes. Naturally, the origin and sense of Christmas is embedded in Christianity. However, through two millennia Christmas has evolved far beyond being a religious meme, it has become a universal cultural event or festivity, to the extent even losing much its original meaning. Another interesting topic for futures research would be futures of religion that in fact represents a research gap in our field, but it was not the focus of this exercise.

I want to now share some of the ideas we generated as an inspiring co-creative effort in less than an hour. Jim Dator’s Second Law of the Futures claims that “any useful idea about the futures should appear to be ridiculous” can be born in mind and applied here when reading our findings from our “futures calendar”. The main aim was to explore futures, while a corollary aim was to have fun while doing so – a serious teaching given to us by our professor Pentti Malaska. The topic was not given beforehand, but announced at the meeting. The three sub-topics addressed were “food”, “relations”, and “traditions”.

The group on “Food at Christmas 2056” focused on the social elements – food at Christmas is still very social and meaningful – something that unites people. There are some new elements, such as huge popularity of vegetarian, vegan, organic and local food. In addition, through multiculturalism a huge array of different dishes and rare spices are brought to everybody’s table. Vegan barbecue with artificial meat is a new concept. Rice is replaced by barley, and the Finnish food innovation from  forty years back (2016) nyhtökaura = pulled oats is mainstream. Oats and bean based protein food has also become an export hit.  However, we also carefully preserve some things from the old times and thus retro-food is blooming.

Tourism and time travelling associated with Christmas food to Lapland is growing. This means that people travel to Lapland to experience Christmas at any time. So Christmas is not happening just at Christmas, but at any time all year round. Also, companies – especially techemoths invite families of employees, customers etc and arrange Christmas parties within the company or for work vacation. Food is not only social and meaningful, but it has also become political. Finland has a food minister. The famous Finnish Christmas declaration from Turku, our ancient capital, originating from the 1300s has been introduced worldwide as diplomatic peace declaration to Aleppo and other major conflict places – as manifestation of universal peace religion.  The declaration is read out loud to remind people that the time of peace and harmony has begun, and offenders will be facing harsh punishments.

The group on “Relations at Christmas 2056” opened up a futures calendar window that is more about personal featuring. The Singularity is already here. People have their persons as robotic and as physical selves.  The robotic selves pull the real selves in sleighs around Christmas time. Due to climate change there is no more snow in Finland. The sleigh is of course levitating, with wheels for casual touchdowns once in a while.  Besides extending living as robotic selves, people may reincarnate as panoptic but friendly sauronic eyes, sending beams to targets with whom they want to continue communicating and relating. The eye may also be satisfied with communicating with the beams only, back and forth. Some people, on the other hand, want to give up totally the digital life and return to analogue and manual devices. Reports can be written with an ancient typewriter, already obsolete, but again 3D printed following the old design, not having to worry at all any privacy issues or cracking, not to mention academic administration systems.  The relations between people are more platonic and sometimes distant. The relation between the robot and the real person may be warmer and safer than between people.

The group on “Traditions at Christmas 2056” focused on lights. At dark Christmas time, the role of lighting is important, both physically and symbolically. People tend to put the lighting on in their houses and yards every year earlier and earlier. As a result, the lights are turned and kept on as constant winter lights, except on Christmas when people instead enjoy the darkness. Gifts are given as immaterial gifts, only a few people give any more material gifts. Members of the families are not even giving gifts to each other, but instead to other families, let’s say charity gifts to a family in Africa. The extremists give gifts to the iconic Finnish welfare state, this form of charity is common – pour money to the Finnish state to keep the state going. Santa Claus has already retired, it is just reindeers who travel from people to people, not necessarily giving gifts but to move people along their route – giving mobility services as a gift. What if people are very satisfied in their work, enjoying relaxing everyday life? Then there is no more need to take breaks, to de-stress. Christmas transforms into festivity for menial work – cleaning and repairing the house, knitting, laundering etc. as the opposite to old days’ concept of relaxing during Christmas, and harvesting energy for further work.

All in all, Christmas is not disappearing. In 2056 it has re-invented itself. It has become a generic social and meaningful time for peace and harmonious interaction. The terrorists’ tragic and pitiful attacks on Christmas fairs is just a token of the powerful meaning of Christmas – as symbol of universal peace and love among all living beings.

​Finland Futures Research Centre (FFRC) is one of the few university departments devoted to futures research in the world. All of the FFRC’s primary activities are focused on the promotion of a sustainable future, which is understood as being economically efficient, socially secure, fair, and culturally representative of our world society.